The three brothers Ondrej, Frantisek, and Roman founded Janoska Ensemble together with their brother-in-law Julius Darvas. The Ensemble members hail from Bratislava and now live in Vienna.

Their highly musical family introduced all four musicians to classical music as young children. They went on to receive their first-rate musical education at renowned music institutions under the guidance of world-famous teachers such as Boris Kuschnir, Pavel Vernikov, Peter Čerman and Alois Posch. Ondrej and Roman play the violin, Frantisek plays the piano and Julius the double bass. The members of the Ensemble enjoy worldwide acclaim today and are in great demand on account of their many performances not only as soloists but also together with their own ensemble and as members of other distinguished formations.

The members of the JANOSKA ENSEMBLE are united not only by their talent and family ties, but first and foremost by the musical vision they share. On the strength of their virtuosity and improvisation, the musicians are able to perform a wide-ranging repertoire extending from popular classics and own compositions to unique arrangements that cover genres such as gypsy, tango and pop. In their motley programme, they achieve a highly distinctive blend that conjures up the unmistakable ‘JANOSKA STYLE’. The members of the JANOSKA ENSEMBLE have received awards in numerous international competitions and are considered outstanding musicians of the younger generation. With their wide-ranging repertoire and their exceptional arrangements, they appeal to music lovers of all genres. It is precisely this stylistic diversity and variance that make the JANOSKA ENSEMBLE well worth listening to.

By participating in ‘Projekt Hollywood in Vienna’, the JANOSKA ENSEMBLE has been delighting notable Hollywood composers such as Lalo Schifrin, David and Randy Newman with its arrangements and interpretations year after year. As part of Erwin Schrott’s ‘Rojo Tango’ live tour, the ensemble charmed audiences at the Salzburg Festival, the Vienna State Opera or Tonhalle Düsseldorf. ‘Rojotango live’ was recorded by Sony Music in Berlin.

Once a year, the Ensemble teams up with the Ford Company to organise a big charity gala for the ‘Licht ins Dunkel’ telethon in the Haydnsaal at Esterházy Palace in Eisenstadt, welcoming major-league guests, including Sir Roger Moore, Helmut Lotti, Mischa Maisky, Julian Rachlin, Ildikó Raimondi, Lidia Baich, Marika Lichter and members of the Vienna Philharmonic Orchestra, just to name a few.

With its numerous music projects, the Ensemble delighted fans by stepping in front of the camera for the European TV production das Ensemble ‘The TEAM’ along with Sunnyi Melles.

The first CD of the JANOSKA ENSEMBLE is scheduled to be released on 26 February 2016 by Deutsche Grammophon/Universal Music.

Ondrej Janoska’s talent was discovered early on. He was given his first violin lesson by his father when he was only four years old. He continued his musical training at the Bratislava State Conservatory, later switching to Konservatorium Wien University and attending classes with Professor Boris Kuschnir at the University of Music and Performing Arts Graz at the same time. Ondrej took to the stage as a soloist when he was still young, performing with the Slovak Philharmonic, the Solistes Européens Luxembourg, the State Philharmonic Košice, Süddeutsche Philharmonie and the Slovak Chamber Orchestra and touring the USA and Europe. Some of the competitions Ondrej has won: Paganini Competition Bratislava 1995 (Slovakia), Jaroslav Kocian Violin Competition 1997 (Czech Republic), International Violin Competition ‘Čírenie talentov’ 1998 and the Vienna Fidelio Competition in 2003, 2004 and 2006, at which he was awarded the 2003 – 2004 stipend of the ‘Herbert von Karajan Center’ in Vienna. As an artist of great musical diversity, Ondrej feels at home in the most varied music styles and genres. He excels as a soloist (Schicken), in chamber music ensembles but also in orchestras. From 2008 to 2012, Ondrej played the 1st violin in the Vienna State Opera Orchestra/Vienna Philharmonic Orchestra.

Roman Janoska was born in Bratislava in 1989 and began to play the violin at the tender age of five. Initially, he trained at the Conservatory in Bratislava. Later on he switched to Konservatorium Wien and was admitted to the master class of Professor Pavel Vernikov. Having won numerous European music competitions, including the Pressburg Paganini Prize (1999), Roman Janoska has earned himself a reputation as a classical violinist. As a ‘classic’ violinist, but also as a jazz violinist, he performs in the most renowned concert halls around the world. More recently, Roman has been playing with the Vienna Art Orchestra. In the Janoska Ensemble, Roman impresses audiences with his spontaneous and resourceful improvisations on stage. Roman Janoska is considered one of the most accomplished jazz violinists of his generation.

Frantisek Janoska is reckoned to be one of the most versatile pianists of the younger generation. Moreover, he has been hugely successful as composer, arranger and improviser in various genres. His ‘perfect pitch’ was discovered early on. At the age of five he began to play piano. Like his brothers, Frantisek had his first tuition at the Bratislava Conservatory. Later on, he continued his studies at the University of Music and Performing Arts Vienna. Frantisek Janoska has been touring the world since he was 16. In addition to his own festival project Gypsytime, where he shared the stage with greats such as Paco de Lucia, he played as a member of the Roby Lakatos Ensemble over a period of seven years and delighted audiences as pianist in the series ‘Summit of the Stars’, where he accompanied Anna Netrebko, Roman Vargas and Jose Carreras. Aside from his annual performance at ‘Hollywood in Vienna’, where he performed along with artists such as Al Jarreau, Frantisek Janoska was musical director of the ‘Rojo Tango’ live tour featuring Erwin Schrott.

Julius Darvas was born into an eminent Hungarian family of musicians in the city of Konstanz on the shore of Lake Constance. At the young age of 9 years, Julius was introduced to the family art of playing double bass. Julius studied at the Regional Conservatory of Vorarlberg and obtained his concert diploma. He then relocated to Vienna where he completed his studies at the University of Music and Performing Arts Vienna with distinction in 2004 under the tutelage of Prof. Alois Posch. Julius Darvas is the first winner of the International Jazz Double Bass Competition in Budapest. The acclaimed American bassist John Pattitucci sat no the jury as honorary member. Since 2001, Julius Darvas has been a member of the Stage Orchestra of the Vienna State Opera and permanent substitute for the Vienna Philharmonic Orchestra. The art of playing double bass has been a tradition in the Darvas family for three generations.

FOR FURTHER INFORMATION ON THE ENSEMBLE, PLEASE VISIT:

Meditation (from the opera Thais) 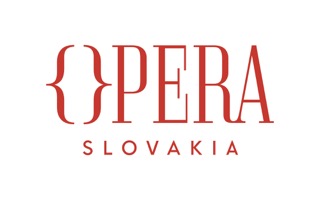